President Obama Launches "Educate to Innovate" Campaign for Excellence in Science, Technology, Engineering & Math (Stem) Education. You can buy book reports based on the topic at https://specialessays.com/buy-book-reports/.

“Reaffirming and strengthening America’s role as the world’s engine of scientific discovery and technological innovation is essential to meeting the challenges of this century,” said President Obama.  “That’s why I am committed to making the improvement of STEM education over the next decade a national priority.”
Source: http://www.whitehouse.gov/the-press-office/president-obama-launches-educ...

One of our goals here at BCCSO is to inspire, engage and educate K-12 and undergraduate students through our outreach programs.   Our outreach strategies are directly linked to BCCSO's mission of fostering higher education in the STEM fields. 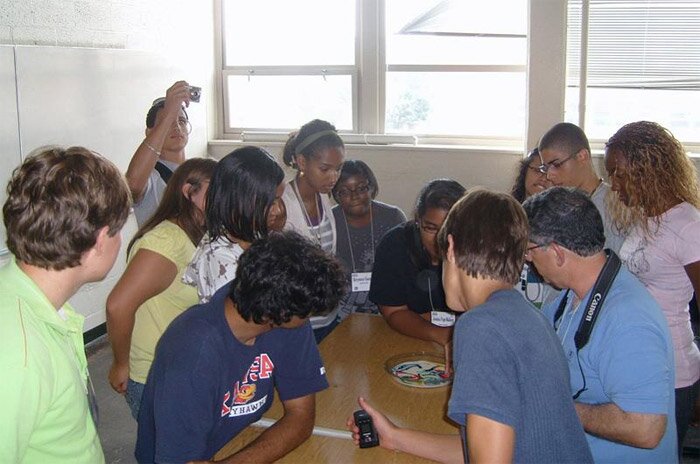 NASA URC/BCCSO outreach efforts often take on an educational component to disseminate our ideas and concepts.  At BCCSO, we believe in information transfer which leads to increased science literacy among our targeted underrepresented K-12 student populations in the Washington, D.C. metropolitan area.

BCCSO conducts tours for local area high schools and middle school students at our Beltsville Research Campus throughout the year.  We also host a Scientist Lecture Series which enlists scientists from the NASA/GSFC Earth Science Division and faculty and graduate students from the Howard University Program in Atmospheric Sciences to give lectures in schools within these educational systems which are heavily populated with students from traditionally underrepresented groups.

At the Howard University NASA University Research Center Beltsville Center for Climate System Observation (BCCSO), we make a concerted effort to reach out to other institutions of higher education in support of NASA Missions.  Consequently, we have an ongoing collaboration with scientists from The Research Foundation of SUNY, University at Albany and The Pennsylvania State University (PSU).

FACTS ABOUT K-12 in Science

According to recent data from the National Science Foundation, for 12th grade students in 2005, 24% of white students and 23% of Asian/Pacific Islander students were proficient in science compared with 13% of American Indian/Alaska Native students, 5% of Hispanic students, and 2% of black students.

The fact that fewer than five percent of 12th grade African American students were proficient in science is a troubling forecast for future American science and technology development.  Although declines in education are evident among the majority population, the gap is even more apparent for underrepresented minority students who are doing more poorly than their non-minority counterparts in terms of overall academic performance and graduation rates.

Aware of these troubling data, Howard University has made significant investments in public school science education using a variety of program and funding mechanisms, including major grants from the National Oceanic and Atmospheric Administration (NOAA) and the National Science Foundation (NSF) and now the Beltsville Center for Climate System Observation (BCCSO).

Enjoy the links below: